May was a month of train travel, my new, favorite way to get around; and several trips to Manhattan--one of my favorite cities away from home. It was also my first visit to the Center for Fiction. This is a great space with a great mission--all about fiction, all the time. I joined Caroline Leavitt (Pictures of You) and Leora Skolkin-Smith (Hystera) for a panel we called: Mothers on the Verge--that is, mothers on the verge in our novels.

What does it mean to be a mother on the verge? Mothers who are depressed, overwhelmed, sexually boxed in? Mothers who are caught in the crosscurrents of cultural change perhaps, or misplaced either emotionally, spiritually or geographically? All of these things.  Not the happiest topic but something I believe needs to be talked about much more than it is. It seems to me that mothers endure an extra pressure to fulfill some unrealistic image of perfection, all-encompassing nurturer, and strength-giver to others. Who is supporting mothers? How are we supporting mothers who are struggling and failing?


--Loved hearing what the audience had to say about the impact of culture and religion on the role of mothers and how mothers view themselves and are viewed by others.


And appreciated the wine reception that the Center of Fiction folks put together for this event.

Thanks to author, Sara J. Henry, for showing up on this rainy night. Her novel, Learning to Swim, has won multiple awards. Buy it!


Visiting NYC? Look for ongoing events offered at the Center for Fiction.  You can borrow books, and check out the literary magazine, The Literarian.  Here's a link for more info: http://centerforfiction.org/

Posted by Jessica Keener at 8:05 AM 0 comments 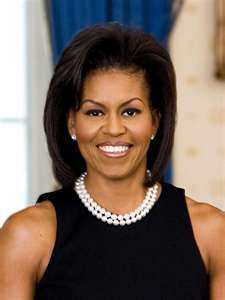 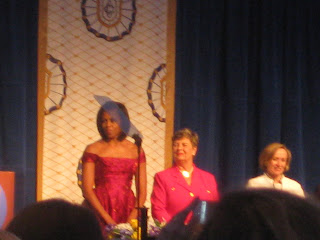 It’s the morning after and I am back home in Boston, dazzled and stunned by my meeting with Mrs. Michelle Obama, yesterday, at the 100th First Lady's Luncheon in Washington, D.C., Washington Hilton. 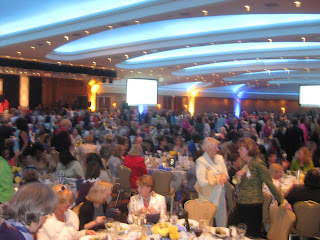 The whole exchange might have lasted 90 seconds, but I find myself going over it again and again in an attempt to capture every second and word, every gesture the First Lady made as she listened to my colleague, Leora Skolkin-Smith, and I, introduce ourselves as writers and novelists; how we were giving her copies of our books; how we believed in the importance of literary arts, and how much we admired her. The exchange was genuine, an impromptu conversation monitored by security, across a dividing rope,  in a massively crowded ballroom. Maybe that’s what made it extra thrilling and vital—a sense that Leora and I had seized this totally unexpected moment. (With special thanks to Leora for hunting down the First Lady's staff assistant.)

I have always liked the First Lady, but now I love her.
Not only is she physically beautiful—okay, she wore a rose-colored, ¾  length dress that was gasp-worthy, an off-the-shoulder cut, form-fitting around the torso, then billowing from the waist to her calves, but it’s her inner glow and warmth and realness that won me over. The First Lady possesses a centeredness that embraces you. Her ability to focus, to be present, is arresting.  In a room of more than 1000 women and a handful of men—this was the 100 Congressional Club Luncheon, an annual event for spouses of members of Congress—Mrs. Michelle Obama is confident, grounded, intelligent, caring, and connected.  She's the real deal, folks. 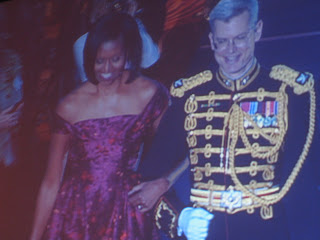 Afterwards, Leora and I kept asking ourselves: did this really happen?  The eye contact?  Yeh. Yeh. Those gentle fist pumps, and thumbs up, that nod and smile to her assistant to let her know that she wants our novels to clear security? Yes. Yes. Yes.

None of this would have happened without the supreme generosity of Kimberly Vertolli, who opened her home to Leora, Marta and I (Marta is a physical therapist who drove all the way from Texas to attend), and took the three of us as her guests.  Kimberly is a knock-out force herself.  An attorney who specializes in Maritime law, she graduated from the U.S. Naval Academy and served as a Naval Intelligence Officer from 1995-2000. Her first assignment was at the Pentagon where she served as a liaison for the Chief of Naval Operations, handling visits from foreign naval attaches and other dignitaries.

A quick recap of the luncheon—a 2.5 hour gala with military colors and band; a catwalk in which Mrs. Obama was escorted by a military official to her seat at the front of the room; a short, heartfelt speech by the First Lady who once again spoke of the challenges for military families and the importance of giving service to our communities; and, after the meal, a musical performance by country singer Lee Ann Womack who sang several songs including her famed #1 country hit: I Hope You Dance.

We left with gifts in hand (a handbag, navy blue apron with 100th Congressional Club stitched on, Texas chili mix, and custom-designed bow tie pin signifying friendship). I don't think of myself as a political person, but the truth is, Mrs. Michelle Obama and her husband, the President, have made me proud to be American again.
Posted by Jessica Keener at 10:40 AM 9 comments