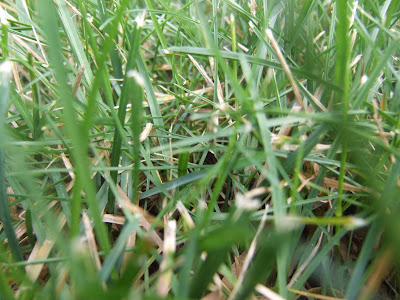 Neighbors often stopped by to consult with my father--the gardener and caretaker of all green things--on how to grow geraniums, get rid of weeds, and make their lawns look like his.

You see, none of the houses on my street had a yard like ours. Our grass was soft as babies’ feet and greener than anyone else’s for blocks and blocks. Directly across from us, the white Colonial that needed a fresh coat of paint sat under tall shade trees, its lawn colorless and bedraggled, tired as the old terrier that slept there all summer long.

The neighbors next door to us, at the top end of the street, didn’t spend time in their garden either. Actually, they didn’t have a garden. They didn’t have a lawn. Though the family owned a steel scraps company and drove fancy cars—the husband exchanged his shiny Cadillac for a newer model every year—this neighbor’s yard was mostly dirt and tree roots.

But one summer, a flatbed truck appeared in the next door neighbor’s driveway carrying huge wheels of rolled up sod. In the course of a few hours, I watched several men unfurl the sod and lay it down in strips until the entire front yard was covered with a thick matting of green grass. I watched from the living room window. I simply couldn’t believe it.

That evening, the grumbling started in our house.

"Ha ha,” father said. He was Hollywood handsome with dark hair and eyes. “They think they can have an instant lawn? Wait a few weeks. Who’s going to take care of the weeds when they start showing?”

He had a point. My father was unpredictable, but when it came to gardens, I could rely on his knowledge and expertise.

At the dinner table, we kept talking about it.

“It doesn’t look good. It looks fake. It’s not a real lawn,” I said to make him and me feel better.

“Oh, I’m not worried,” he said with a flourish. “I told you. They have to take care of it. We’ll see how it looks in a few weeks.”

For someone who lacked patience, who was often short-tempered and mad, it amazed me how gentle he could be around horticultural things. When he got wild in the yard, it wasn’t a savage kind of wild. Out there he wore loose fitting, dirt-stained pants and didn’t care how he looked. (Weekday mornings, he wore custom-tailored suits to the office, manicured his nails, and expected us to be well-dressed.) In his garden, he dug and clawed at the earth until he was soaked with sweat, his hair no longer straight but curly and happily unkempt. 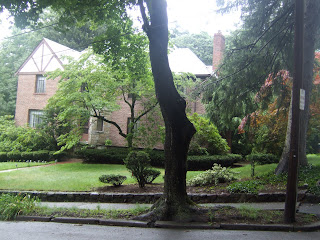 "How could anyone purchase a yard?" I wondered aloud as if it were a moral question.

I knew he was right. I watched him tend to our garden almost every day. And I watched how the garden tended to my father. If he was irritable, he could walk out into the yard and his plants wouldn’t yell back. When he swore at the lawn mower for not starting up, his temper dispelled faster in the fresh air.

“It doesn’t look that good,” I said again. In truth, that neighbor’s instant lawn depressed me. Could it be that my father’s labor was for naught?

I mean. Sure. We all saw that the instant lawn looked nicer than before—much nicer than the dirt and root infested plot that had once made our pristine yard shine brightest; But I didn’t want it to equal our yard. Our yard was hand-grown from seed, mowed with devotion week after week by my father.

Over the next several weeks, you can be sure we all kept a close watch on the neighbor’s lawn to see how it would hold up. Shameful to admit, but I felt joyous when the first batch of sod started turning yellow and brown.

“Dad! Did you see the grass? It’s got yellow patches. It’s turning yellow!” I said jumping up and down as if I’d won an award.

“No kidding?” he said, smiling. I could see his satisfaction removing every line in his face.

Within two weeks, either the Universe agreed with us or wanted to teach somebody a lesson because every strip of the neighbor’s new sod had turned a sickly yellow.

“It’s infested. Got some kind of bug,” my father said. “Didn’t I tell you? It’s not easy to have a lawn like mine. You have to pay attention. You have to mow it. Weed it. Water it. It doesn’t grow by itself you know. These things take work. Devotion. Love.”

The neighbors didn’t give up. Even though their second attempt at laying down sod took hold, everyone in my family knew the truth: buying a front yard didn’t count no matter how good it appeared on the surface. Home grown was better. Always and forever. Our neighbors had opted for the easy way out.
Posted by Jessica Keener at 7:20 AM