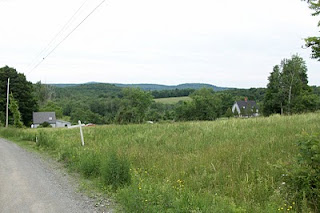 Recently, I spent a week in a two-bedroom cottage in southwestern Vermont.  I’d rented this cottage once in the winter and was eager to return to the Mettowee Valley to see how the surrounding farms and meadows looked in the peak of spring.  No longer submerged in snow, the Valley was ravenously green, moistened and fed by the Mettowee River running through it.  --Every hill and dale, flecked with wild flowers; distant mountains textured with sheep, cows, and barns—some sagging under the weight of years--owned by families who have farmed here for generations.


My cottage was off the highway a few miles down a dirt road. The first morning, with coffee mug in hand, I walked a quarter mile to visit two oxen and three horses in a neighbor’s field.  On the way, I encountered a small bird sitting on the edge of the road. I didn’t notice this bird until it started beeping at me, a strident, repetitive, single-minded beep!


I slowed down but kept approaching it.  Alarmed, the bird stood up and began circling and figure-eighting in front of me.  “It’s okay,” I said.  I looked around for a nest but didn’t see one.  Still beeping, the bird bent over and splayed one wing, then toppled onto itself as if injured.


Now I was alarmed and stopped moving. I tried to appear frozen.


It stood up again, then ran on twiggy legs and flew low onto a muddy field where those three horses were grazing.  The bird moved as if on crutches, limping and turning and fanning that same wing again. One of the horses was making its way over to say hello to me, but even she paused to look at the oddly flapping bird before continuing toward the fence where I stood.


Again, I looked for a nest but saw only pebbles and a fringe of weeds growing out of the dirt.


Later, I told the owner of the cottage about this bird.  “It has two or three black stripes around its white neck.” 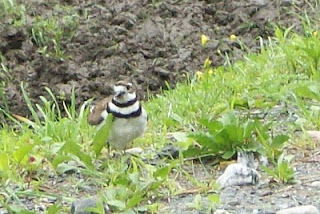 The owner urged me to read a book called Animal Speak by Ted Andrews. The basic tenet of this book imparts that animals have something to teach us especially those animals to whom we are strongly attracted.  If you don’t know by now, I happen to adore birds.  Animals that we find especially repulsive or scary have something vital to show us too, such as how we perceive the world, and even how we deal with life in general.


That black-ringed bird was speaking to me alright.  I wanted to find out what she was trying to say.


In Andrew’s book,  I found a picture of a grouse that resembled my insistent beeper.  When threatened or protecting a nest, grouses perform a circle dance.  This is how it defines its sacred space.


That sent me down another kind of road, a long, internal one to ponder how I defined my own sacred space.  How do I manifest this in my living quarters back home in Boston?  How do I protect my circle of beliefs? My sense of integrity?  Community?  Home? My sense of what is safe?


Later that day, I returned to the oxen and horses and looked for the bird.  This time, I took the owner of the cottage along with me.  Once again, my bird stood up and started its erratic, circling dance.


“There’s the nest, silly,” the cottage owner said.  She pointed to the side of the road. 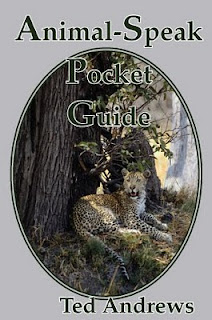 Okay. So, I’m an urbanite. My eyes didn’t see those four, speckled rocks that were really eggs.


After that, I visited the bird many times each day.  Of course, I made sure to walk on the opposite side of the road. I kept a dignified distance.  She beeped less and less when she saw me, and by the end of my week she stayed put and simply watched me pass by, as if we’d reach some higher understanding.

P.S. In response to Billie's comments below, I'm adding this photo she sent me.  The horsehair bird's nest! 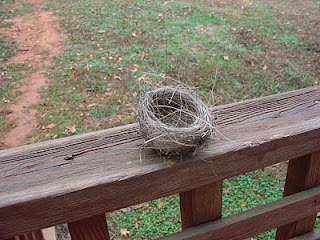 Posted by Jessica Keener at 7:40 AM