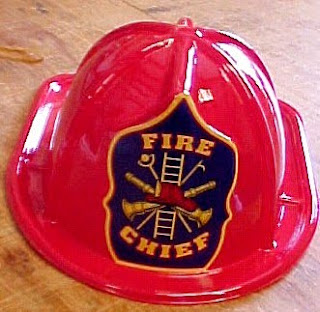 One spring when I was eight, it was too cold to play outside, so I came up with the stellar idea of playing poor orphans in my friend’s attic. This meant we didn’t have parents, or money for electricity, or heat. (In my real world, my family had a live-in black maid. I lived in a five-bedroom, brick Tudor house.) My friend, Joan, had pale, thin braids, and a sweet disposition. She went along with anything I suggested. I was a year older, bossier, with big front teeth and auburn hair, cut in a pixie style—a style I despised but which my mom insisted on despite my tears and attempts to avoid that dreaded hour at the beauty parlor.

Joan lived around the corner in a large stucco house. Her attic on the third floor had two large rooms. The room we played in had a double bed covered in stacks of old books. That weekend her parents were on vacation. A short-term housekeeper, an older white woman with an Irish name, came to watch Joan and her two older sisters while their parents were away.


Joan’s house was larger than ours, but furnished plainly with dull, hook rugs and handmade cushions on the couch. Her mom bought clothes from the Sears Roebuck catalogue. My mother never ordered anything from a catalogue. We shopped at top name department stores as soon as the season’s new fashions came in. When Joan rushed home to tell her parents that my father had bought a new Washington, what she really meant to say was that my father had just purchased an expensive Lincoln Continental sedan. Mrs. Brickman, an unadorned woman with large shoulders, unpolished nails, hair in a bun, who sewed and volunteered at the temple, drove a practical station wagon. She told Joan that such an expensive car was unnecessary, frivolous, extravagant. Our money came from Brilliant Bros. Shoe Company, a family business passed down from my grandfather, whereas Joan’s father worked hard for a corporation. The Brickmans didn’t inherit their wealth like we did.


While the temporary housekeeper was in the basement folding clothes, and Joan’s oldest sister was in her bedroom on the second floor, we found matches in the kitchen and a candle in the dining room. Back upstairs in the third floor playroom, Joan and I found a small door that opened into a crawlspace where thick wires had been stapled to the rafters. We rolled up old newspapers into balls, then lit the paper into small, frolicking fires.

“Are you sure this is okay?” Joan asked me.

“Sure. Don’t worry. I’m a Girl Scout. I know how to light campfires.”

We watched the small fire burn. When it went out, I grew braver and made another pile and lit another fire, warming our hands until the pile collapsed to ashes. Watching the fire, we sang lullabies. One from my favorite Peter Pan movie:

Tender shepherd, tender shepherd
Let me help you count your sheep
One in the meadow, two in the valley
Three in the nursery, fast asleep.

After the fire burned out a second, third and fourth time, I decided that we needed to go to sleep. We slithered under the big bed that was stacked with books. Then we lit our candles and brought them under the bed. Soon, we were drawing soot faces with our candles, the soot leaving black marks on the plastic underneath the bed. My soot face caught fire and grew into widening rings of blue that wouldn’t stop.

“Get water!” I shouted. We scrambled out from beneath the bed. Joan ran for water in the bathroom down the hall. She threw it under the bed but it was useless. The fire had caught and wouldn’t let go. Joan ran downstairs to find her sister who tried to put it out with another glass of water.

Downstairs we huddled in the glassed-in den while giant firemen tromped through the front hall whisking black hoses up the stairs. I wanted to leave, but the fire chief told me to stay. The housekeeper kept shaking her head. “I heard singing. I thought they were upstairs watching TV.”

“What’s that for?” I asked, pointing to his clipboard.

He sat down in a chair next to us.

“We report all incidents and keep them on file.”

Joan began to cry. I wanted her to stop. “I’m sorry I’m sorry,” she kept saying.

The fire chief talked about fire safety and matches but he sounded far away.
Did I understand the danger of lighting matches? (Nodding. Yes.) Had I lit fires before? (No. No. Shaking my head.)

Oh, when would those lights stop? I couldn’t hear, but I could see. Outside, two red trucks hummed and blinked, lights circling rhythmically. 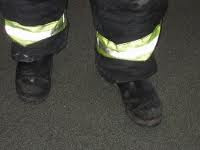 I fretted about my father coming to get me. Would he hit me the way he hit my sister? Drag me up the street, shouting and tugging? I had been the perfect one. But those days were over. I had committed a crime. Ruined. A sorry, damaged life.

Finally my father walked in looking tiny next to the fire chief. “I’m sure this won’t happen again,” the Fire Chief said to me. He turned and talked briefly with my father. Then I was allowed to go home.

My father took my elbow. I waited for his assault. Instead, he appeared sheepish and meek. “What happened?” he asked, sounding ashamed.

“We were playing poor.”

Silence. The air was cold and quickly growing dark. We walked up the driveway to our house. By the time I entered the kitchen it was black outside. The kitchen looked bright as a football field lit up at night. Mother turned to me. “Why don’t you go to your room, Jessie.”

I went upstairs past my older sister. “What happened?”

I shook my head. I would never be okay. My chest and throat collapsed into one closed pipe. I struggled to breathe.

I dragged myself into my room and sat by the windowsill in the dark. Over the trees the flashing lights from the Brickman’s house burned my face, advertising my crime to the neighborhood. To the world. My heart sank into my lungs. I pulled for air but breathing was hard. Only gasps. At last I heard the great, majestic sound of the fire engines driving off into the night.

Mom walked into my room. She stood back from me. “The Brickmans will be coming home tomorrow morning. They’re very upset.”

“I feel terrible,” I said, stroking my throat. “I can’t swallow.” The sharpness in my heart had spread in all directions, from my chin to my legs. “What do I do now?”

“Your punishment is how you feel, Jessie.” She spoke in a clipped voice. “We’re having dinner. Will you come down?”

She left and I stayed at the window until it was time for bed. I heard the rest of the house getting ready—my infant, baby brother in his crib. My older sister, brushing her teeth. My oldest sister upstairs in her new attic bedroom suite. Still, I waited for my father, the shouter, to come in and scream at me or hit me but he stayed away all night. My shoulders ached in anticipation. I finally crawled under my blankets exhausted and fell asleep.

The next morning my parents didn’t mention the fire. My sisters didn’t say anything either as if everyone understood that this was the way to handle it. I met Joan and another neighbor, Alan, at the corner of the street. We walked to school together. Alan was Joan’s age. He wanted to know all the details. How did you do it? Who started it? He circled me like a boxer in the ring.

“Shut up, Alan,” I said. The only way to minimize the disaster would be to silence it, like my parents did.

Joan walked with her head down but her words flowed out of her. Her parents had flown back early from their vacation. She was grounded for a month and given extra chores around the house. She wished it hadn’t happened. She talked on and on.

Joan said most of the damage was from the water. All the books had burned. Her mother had been upset about the books.

What did your parents do to you?” Joan asked me.

Both Alan and Joan stopped talking.

“Nothing?” she said, disbelieving.

I shrugged. It was hard even for me to believe.

“My father wants to talk to you,” she said in a way that implied we both knew I deserved a reprimand. Since when was my fancy family above the law? 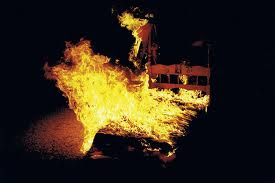 All week my parents didn’t speak of the fire. At the end of the week, mom said that she had conferred with the Brickmans and that Mr. Brickman wanted to talk to me. At school a boy in my class heard I started a fire and said so in front of three other children.

The others looked at me but I must have convinced them because no one pursued it after that.
Silence trumped.

Another week passed. I wondered if everyone saw flames when they looked at me, but mom seemed oblivious, as if she’d already forgotten the incident. How could she forget? For a whole year, every time I passed a fire station I looked around to see if people knew how I had burned down my neighbor’s attic, but no one else seemed to notice or care.

After a month passed, Joan told me the attic had been repaired. “It looks brand new. You wouldn’t recognize it,” she said, almost cheerful in the way she kicked the pebbles on the way to school.

I braved a visit to her house on a weekend afternoon that Mr. Brickman was home. I waited for his punishment. Each time he walked by me in the downstairs hallway or came through the kitchen where Joan and I were eating lunch, my shoulders hunched up to brace for his harsh words. He looked larger than the fire chief. Back and forth he hauled firewood into the house in his Sears and Roebuck jacket and boots. Mrs. Brickman fed us lunch and said “Jessie, I hope you understand the seriousness of what you girls did.” She said she wished it hadn’t happened but it had and that was that. Did I want milk with my sandwich? I was grateful to her for talking to me that way—stern yet kind. I waited for Mr. Brickman to tell me how bad I had been.

So there you have it, dear readers. It took me years to get over my “mistake.” Now I want to ask you if you ever started a house fire when you were a child or did something damaging to your house or somebody else’s house by accident? And have you forgiven yourself for it?
Posted by Jessica Keener at 10:54 AM